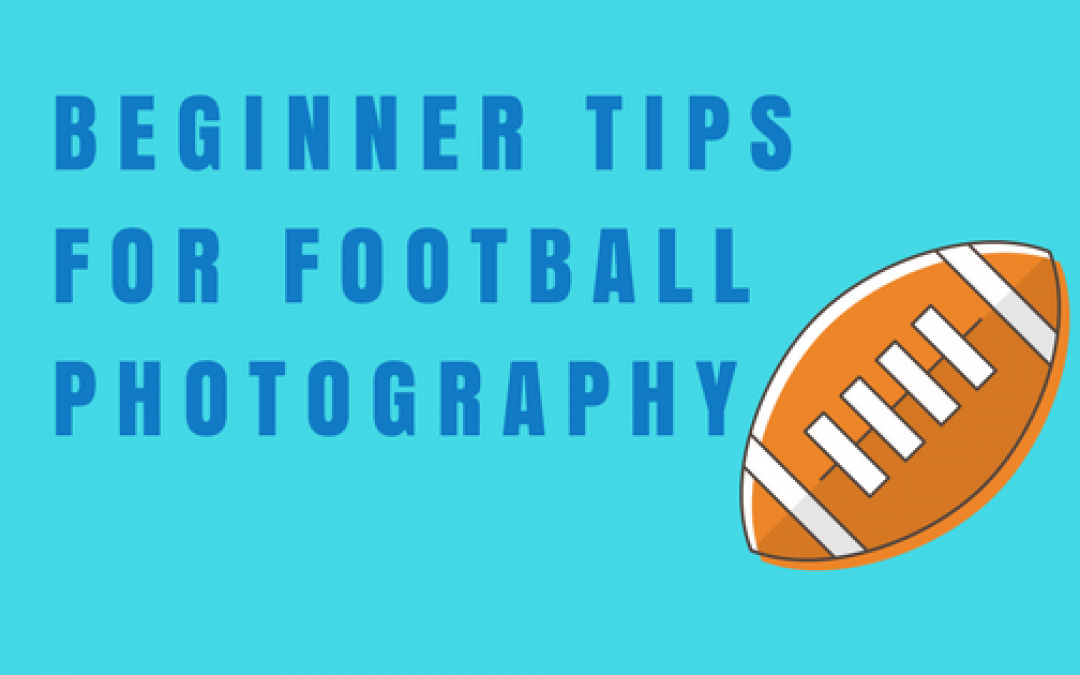 When it comes to sports photography, football is one of my favorite sports to shoot.  I get to be outside and I really enjoy the atmosphere.  A quick warning, In this article I may be using football language.  So, if you don’t know football very well, just fake the run and go long.

The tough part of shooting football is being in the right place at the right time.  I played football for many years and was a big fan of the NFL.  So, I have seen what most coaches do in certain situations and can anticipate upcoming plays.  Many coaches try to establish their running game first.  So, shots of the QB and running backs are easy to get.  Passing shots can be tricky though.  Usually when it’s third and long, such as the team has at least ten yards to go, the coach will attempt a pass play.  If you are at a game and see a third and long situation, you might want to move downfield to get a good reception/interception shot.  Now, the one problem is you might miss a great QB passing pose shot or the defender sacking the QB.  Keep in mind you have an entire game and it won’t take long to get a feel for the dominate players/team and then you can position yourself for those specific shots.

Though not always necessary, you may want to research the teams you will be shooting.  Are they passing teams, running teams or maybe they mix it up  Do they have any star players you will want to keep an eye on?

I always start with some pregame shots.  These consist of shots of the fans entering the stadium, tailgate parties, cheerleaders fixing their hair, maybe even a shot of the entire stadium from a distance.

After I get some pregame shots and double check my settings, I head to the center of the field to get shots of the coin toss.  It’s a good time to get a shot of the captains, refs, other players, and the actual coin toss. 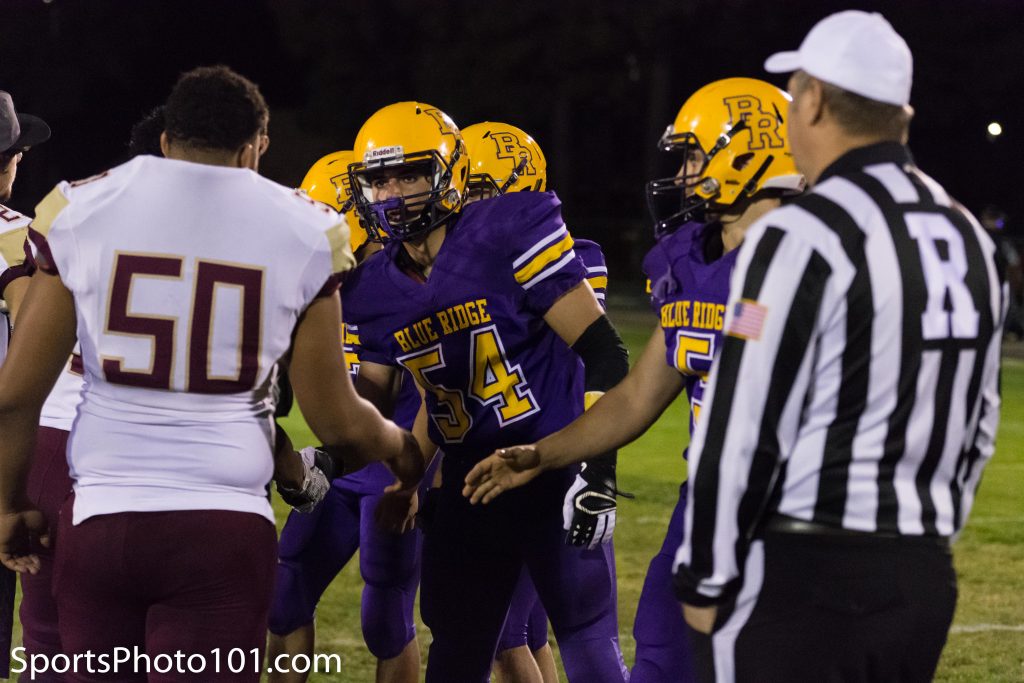 Once you have these shots, you have the choice of either shooting the kicking team or the receiving team.  I usually start with the receiving team.  You can get some great running shots, blocking shots and let’s not forget the hard hitting tackles.  You will need to pay attention to the length of the kickoff and position yourself accordingly.  Later in the game I will focus on the kicking team.

After the kickoff, I stay with the offensive team.  I work on running back shots, handoffs, quarterback, defensive line, etc.  You can get shots of the quarterback passing the ball and often you can get the receiver as well.  It’s a good position to shoot from since  the receiver will be looking back at the quarterback.  Of course this depends on your equipment and the reach of your glass.  I also work on shots of the coaches and players on the sidelines.  It’s a good time to get coach/QB interactions.

If you are shooting a team that has a good running game, try to get downfield and shoot the running backs coming at you.  You can get some great shots this way. 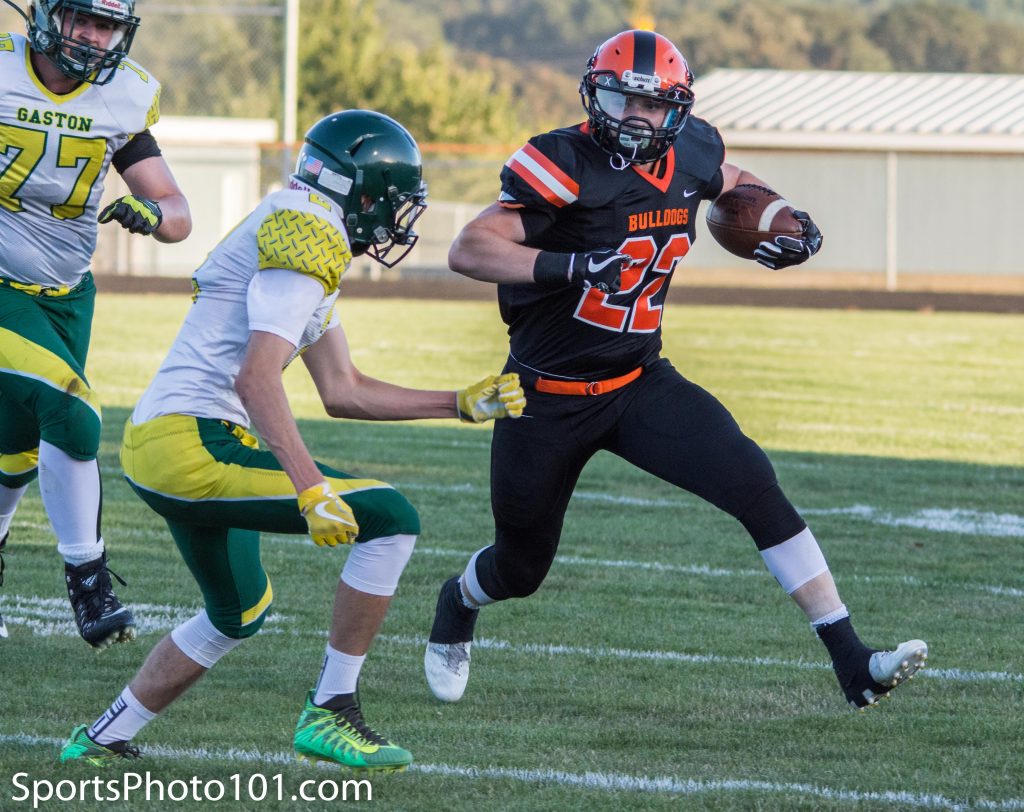 Don’t stay on one side of the ball all game.  Move around and if possible anticipate the next play.  Shoot from the offensive side and then the defensive side.

Also, unless you are shooting one team, move to the opposite side of the field and shoot the opposing team as well as the home team.

Don’t forget shots of the defensive and offensive linemen.  They are often overlooked but really appreciate seeing photos of themselves. 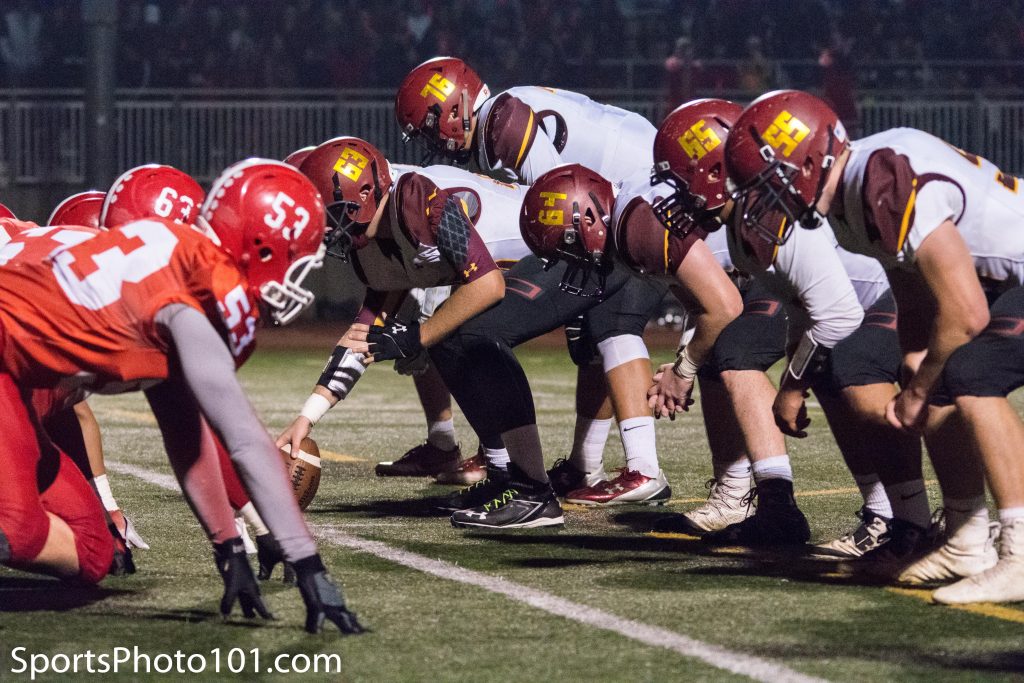 One of the most important things to remember when shooting football is to move around.  Don’t stand flat footed hoping the great shots will come to you.

Get shots of the coaches both when they are focused on the play calling and when they interact with the teams and officials.

Look for celebratory shots too.

Also, getting photos of the refs is a smart move.  I have sold many photos to refs. 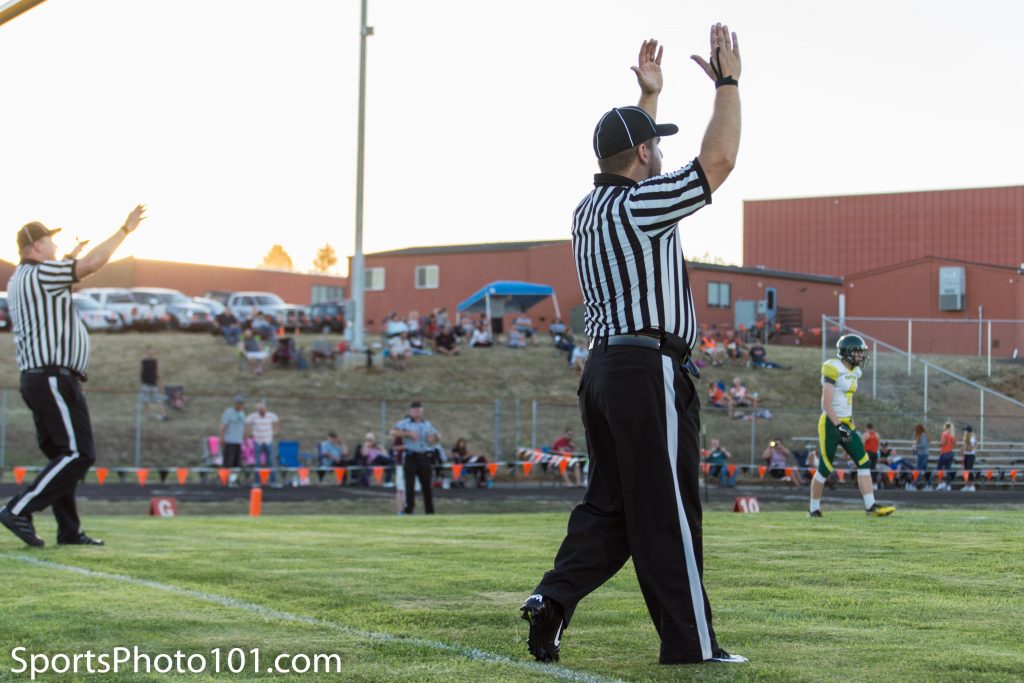 As a beginner, all the possible shots may seem overwhelming.  If this is the case, just pick a couple shots you want to get and concentrate on perfecting those shots.

However, always try to get eyes, ball, action.  These three elements make for more engaging and exciting shots.

Now, as always, if you have questions, email me or find me on social media and I will help you as much as possible.

Extra tip:  Most of these tips will not only help with basic shooting but also can result in more sales.